Life as an Embryo

Skimming through the breeding aquarium fish section of any aquarium book will teach anyone willing to read it the basics of spawning aquarium fish; a Gourami will blow a bubble nest for his eggs and fry, tetras scatter their eggs over the whole aquarium only to turn around and gobble them up the first chance they get, and cichlids are egg depositors who will protect their eggs and young from all other fish, rocks, plants, etc. that they think may cause the slightest harm to their offspring.  If you read a little deeper you will learn the temperature to spawn your fish at along with the pH and water hardness that works best.  Books written exclusively on breeding fish will go into greater detail on how to spawn an individual fish, from the courting techniques to how long before the fry are free swimming and what their first food should be.

What is not so commonly known and what you won't find in even some of the more advanced aquarium books is the development of the eggs and tiny fry inside them during the time between the mother fish laying her eggs to the time of hatching.

For the average hobbyist (me), learning this was not an easy task but I decided I wanted to know everything I could about this process so I pulled out all the fish books my husband and I acquired over the years along with all the magazines we had subscribed to and I started reading.  When I finished with what I had I went to the public library and looked through what they had.  If I found reference to an article I thought would help I had it sent to me; working in a library as I do this at least was not difficult. 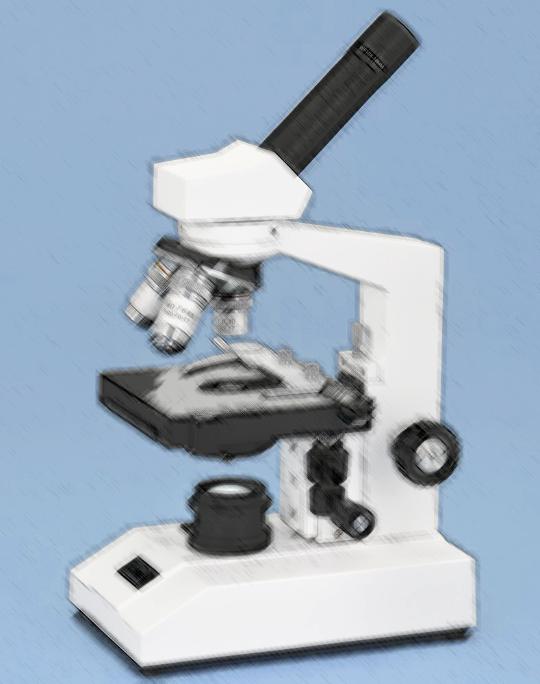 Now, reading, and understanding what I read, was a completely different story.  Many an evening found me sitting at our dining room table with books, magazines, articles, and papers scattered all around me.  I had a dictionary within arms' reach to look up any words I wasn't familiar with or didn't understand (believe me, that dictionary got a lot of use) and what I couldn't find in my dictionary I looked up in the dictionary at work.

I learned that the development process begins even before the egg is fertilized.  That the unfertilized egg is a single cell containing half the genes necessary for a fully formed embryo.  The nucleus, located toward the center of the egg, consists of water soluble (liquid) component known as cytoskeleton and organelles which are like the “brains” of the operation directing everything else in what to do.  Also included in the cell are the yolk and fats which are stored in the egg and used as an energy supply when the egg is fertilized and starts the developmental process.  These yolks and fats are transferred from the mother fish to each individual egg cell via tiny follicle cells which completely coat the outside of the eggs while still inside the ovary.  The process of transferring these yolks and fats to the eggs can take anywhere from a couple of days to several months depending on the species of fish.  When this process is complete, your “soon to be a  mommy” fish is ready to spawn.

As was mentioned in the beginning, different fish spawn in different ways.  Different species of fish also develop at different speeds, their eggs hatch at different times.  For example, a pair of dwarf Gouramis will spawn on day one.  On day two the eggs will hatch and by day five to day seven the fry are free-swimming.  Rainbow fish, on the other hand, will spawn on day one, two, three, four, etc. and their eggs won't hatch for at least 10 to 20 days, depending on the species and the environment.  The fry, though, will hatch already free-swimming.

In an attempt to keep this from becoming too confusing, I will center mostly on one type of fish, Fundalopanchax Gardneri nusaka.  I chose these fish because they are continuous spawners, it takes several days for the eggs to hatch, and I had plenty of their eggs to play around with.

Aquarists sometimes have to experiment and play around with their aquatic friends' environment in an attempt to induce spawning, i.e. shortening their daylight hours, raising or lowering their temperature, even going so far as collecting aged rain water for the fish to spawn in.  Doing this will (hopefully) trigger the female parent into ovulating, which is the process in egg laying fishes which causes the eggs to be shed to the outside world and get themselves fertilized – just as all good eggs should.

But even before the eggs can be shed they must break free of the follicle cells surrounding them and before they can break free of the follicle cells they must create a strong shell-like substance, known as the chorion, around each egg.  This strong multilayered shell helps to protect the egg and its' fragile contents against friction and dehydration (to a degree).  In addition, the chorion may be covered with long sticky hairs or substance (which anyone who has tried to remove a Corydoras' egg from the side of an aquarium can attest to) to help anchor the egg to plants, spawning mops, or whatever the fish decides to spawn in or on.  With some Anabantoids the eggs are somewhat compresses and will slowly expand when released into the water.  The drops of oil in the egg help them to become lighter and they begin to float enabling them to be contained in a bubble nest.

Now enters the father fish.  For a couple of days now he has been making a complete nuisance of himself, shaking and wiggling his body all around the mother fish and up until now she's been trying, in vain, to avoid him.  Now, though, she takes another look and decides he's not such a pest – in fact he's kind of cute.  She pays him a little more attention and before long they both dash into the spawning mop to get better “acquainted”.

The sperm from the father fish is another cell containing the other half of the genes for the egg.  This cell enters the egg through a small opening in the chorion called the micropyle.  As soon as a single sperm passes through the opening, then the chorion will lift up off the egg, causing the micropyle to close, preventing any more sperm from entering.  The genes from the father fish immediately mix with the genes from the mother fish and a ball of these genes, after having sorted themselves from the yolks and fats, forms on the top of the nucleus.  This small ball will eventually become the embryo.  The yolks merge with the nucleus to become the yolk sack providing nutrients for the embryo.

If you happen to own a microscope, which my husband and I do, you can witness some of this.  You can see the ball, called a blastodisk, formed on the yolk sphere as well as several oil droplets inside the egg.

Cell division now begins inside the blastodisk.  This process, termed cleavage, is the very start of post-fertilization.  The chromosomes start to replicate themselves and the dividing cells become smaller and smaller dividing themselves into two classes, the deep or inner cells and the enveloping or outer cells.  Do you follow me so far?  Well, the developing cells start to flatten the blastodisk around the yolk sphere while the deep cells start moving around – organizing themselves to form the embryo.  A thin membrane, the periblast, divides the yolk sphere and the ever flattening blastodisk and provides an anchor for the blastodisk.  See figure A. 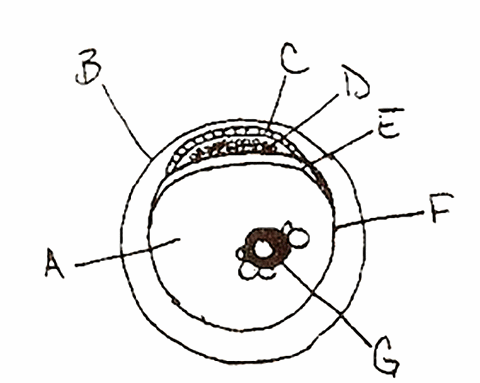 This also you can see with a microscope.  Not as much as you could with a snazzy high powered laboratory microscope but you can see the blastodisk covering the yolk sack and eventually it will completely cover it.  The deep cells, though, will continue moving about until they converge in all areas usually opposite where they started out.  They now seriously start the business of forming the embryo.

I've heard it claimed that the eyes are the first part of the embryo to form, probably because they're the first things you usually see, but actually the deep cells must first form the head and tail of the fish.  Soon after that the brain is formed and then come the eyes.  Muscles are formed before the heart starts pumping and the gills and jaws are two of of the last parts to be formed.  I must have sat, fascinated, for a half hour watching the heart pump and the blood (which really looked like tiny bubbles being pushed along different channels) flow through the egg.

The embryo will grow around the yolk sack (since there's not a lot of room to grow anywhere else) and when the time comes when the embryo is ready to hatch the fry will release an enzyme from glands located on top of the head which softens the chorion.  At the same time the fry is thrashing around and whipping its' tail back and forth until the outer shell breaks and the fry is free.

Killi fish fry hatch free swimming but most other egg laying fish are not.  They continue to rely on their yolk sack for their energy and nutrient and will not take food until the yolk sack is used up.  The rest is history.

Well, now that I've satisfied my curiosity on egg development I'll leave the killi fish eggs to develop In peace …. wait a minute …. what's that in the Cory tank?  Are those eggs I see plastered on the glass?  Hmmm ….