Aquarists often exhibit something of a herd mentality in their devotion to the latest fads and theories.  In doing so, they often complicate fishkeeping more than they ought by failing to experiment sensibly to discover by trial and error how they might enjoy success with the least effort.

During my early years in the hobby our reigning gurus were primarily Germans obsessed with a literal scientific precision unknown in nature.  To successfully keep, breed, and raise fishes, we were taught, required water calibration to the last tenth in pH and dH in aquaria proportioned precisely to the last centimeter.  They lectured us on the precise time of day to introduce the male to the breeding tank (making sure, of course, that it jumped from the net into the tank without a drop of water to pollute the setup).  Even as a kid, I wondered how Mother Nature managed that trick!  I had a friend with neon tetras that, never having read Nachstedt and Tusche, kept spawning with great abandon in a five gallon all-glass community tank with hard neutral water.  But serious fishkeepers, blissfully ignorant of Jerry Green's amazin' Neons, kept messing with peat moss and chemicals to raise or lower that pH to the precise tenth. 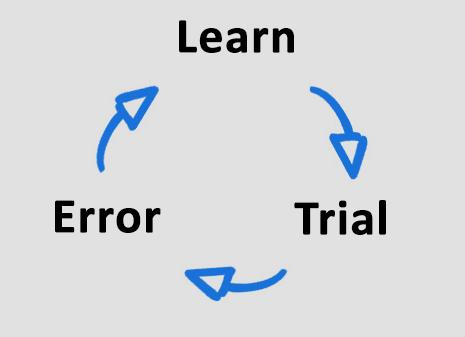 During my stint on the board of the Western Lake Superior Sanitary District, I learned from our efforts to cleanse the Saint Louis River of paper mill pollutants that its’ walleye and perch thrived in toxic waters with pH varying from a usual 7.5 down to about 6.0, during the spring, when fed by runoff from headwater swamps rich in decaying leaves. Nachstedt and Tusche would toss in their grave at the idea!   A generation ago no serious aquarist would try to keep Discus alive, much less breed them commercially, in the hard alkaline used today by leading producers.  Although I try to replicate faithfully the water conditions and rift formations of the African lakes for my African cichlids, because it is so simple and eye-pleasing for me to do so, I have never believed that it was necessary.

I learned this lesson after the Fall, 1989 M.A.S. auction. I had ready two tanks, one with water about 8.0 pH for new Africans and one neutral for other fish I might buy.  After buying seven bags of young M. johanni, P. aurora, P. zebroides, and L. brichardi (from Dan Schreyer, I think) and plopping the bags in a new fifteen gallon tank I also bought.  My son was tripped on the way to our car by a young boy, a little monster lucky to live in a state without the death penalty!  The bags fell and five of them broke open. Rather than add pH shock, from treated tap water, to the trauma of flopping in ground glass and dead leaves, we scooped the little Africans up, put them all in the two surviving bags, and raced north posthaste to Duluth.  Although a few of the fish were dead or dying and the others were gasping for oxygen, I resisted the urge to add water until I did a pH check. It came out neutral, so I could have eliminated my losses and anxiety attack with the tap water at the auction! The point is that Dan, or whoever, was raising superb Africans in neutral water.

Had I believed everything I had learned and read about the Africans, I never would have bought them in the first place.

Noted authority, Paul Loiselle, in The Cichlid Aquarium, recommends very large aquaria for all but dwarf cichlids and goes on to describe a monster fifty-five gallon aquarium as "medium sized". Medium sized?  Try moving one of those puppies alone sometime!  Loiselle expounds for pages on strategies to minimize the harmful effects of the nasty dispositions of male mbunae.  My Baensch atlas describes Melanochromis johanni as "very territorial and intolerant", words evoking an attitude problem akin to that of an inner city street gang. I respect these authorities, Loiselle in particular.  His efforts on behalf of the Lake Victoria species endangered by the Nile perch are commendable, but my experience with johanni has been completely contrary to what I read. Mine grew up and spawned readily in a twenty gallon long aquarium, where until recently I kept a colony of a male and five females living in perfect peace.  They would chase each other about, but no harm ever came of it.  I can mix sizes almost to silly extremes and have (not) lost a johanni in the process.  Maybe Schreyer raises uncommonly mellow fish. More probably, Loiselle and other ichthyologists observe mainly wild-caught specimens; mine have been aquarium ­bred for several generations.  In any event, mine have not exhibited the troublesome behavioral tendencies cites by the scholars.

The nature of my fish room requires a lot of trial-and-error experimentation.

A combined study and fish room with aquaria in every possible free space, it still has a maximum capacity of seventeen tanks with total capacity of 350 gallons. My largest tanks are two thirties and a twenty-nine.  If I believed everything I read, I would be limited to Mosquito fish, Guppies, Platies, and Dwarf Gouramis (a species I cannot keep alive to save my soul).  A hopeless cichlidiot specializing in Africans, I have to practice some economies. I usually have to trade or auction my adult Africans before they reach full size, a problem with species that come into full color only with age.  So whenever I need room for a new species to further my mad pursuit of Gromek, Schreyer, and Nordby in BAP points, I dispose of my breeders and keep the youngest spawn.  I try to limit myself to varieties that spawn before a male and three females outgrow a twenty-long. Whenever I spawn a species that lays hundreds of eggs, I save only the number I think I can raise up to BAP or auction size in a single twenty-high. African cich1ids are perfect in this respect, for my mouth brooder spawns average about fifteen and can be reared nicely with other spawns or other varieties, so long as the size disparity is not too extreme.

One space economy I do not practice is the stripping of fry from the mouths of African females.  The reference books wax eloquent on this method and my friends in MAS practice it religiously.  Why? Ken Nordby argues that it maximizes fry yield and enables the female to break her fast sooner.  This makes sense, I suppose.  Maybe I just have a squeamish aversion to messing in the mouth of a little fish.  As a youngster my desire to be a veterinarian went away after I learned how little time vets spend petting puppies and how much time they spend rooting around the backsides of barnyard critters!  Anyhow, instead of stripping I maintain two or three fifteen gallon aquariums, dimly lit, with rock caves and sponge filters.  After a female has been carrying for at least two weeks, I check temperatures and transfer her directly by net to a maternity tank. I resume feeding her after fry are seen and a few days later return her to the breeding tank. I do not have to mess around inside her mouth and avoid the inconvenience of fry with yolk sacks in little trays.  I have lost only one spawn and have harvested ten to fifteen fry from first spawns and about twenty from later spawns. Despite the longer fast, my females show no ill effects; for millions of years, in native waters, they have had babies this way.

Another aspect of fishkeeping worthy of common sense and practical experimentation is this current fetish with water changes.

During my earlier years in the hobby, we largely limited water changes to replacing evaporation and the siphoning of detritus from the bottoms of tanks, with one or two more radical (1/4 or 1/3) changes during the wintertime.  For the most part, our fishes prospered.  I won't argue with regular, large volume water changes in cases where aquaria are overcrowded or where rapid growth of juveniles dictates a dilution of growth-inhibiting pheromones. But in most situations, such exertions do not strike me as necessary.  Fishkeeping should be fun, not physical punishment, and I get few jollies from lurching around with sloshing pails of water.  I have had one major tank kill in nearly three years, and that came after a water change. I now have four tanks I regard as overcrowded, pending the spring auction.  These get 1/3 changes every 4-5 days. The other tanks get changes of 1/4 or less every two weeks as part of a normal cleaning and maintenance routine.  Once I thin out my fish population at the auction, I plan to switch to 1/3 changes only once a month