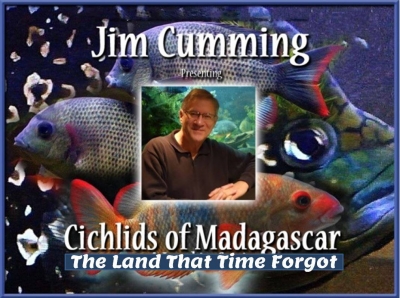 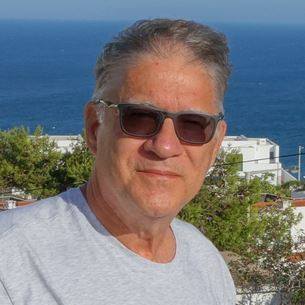 Jim Cumming hails from Winnipeg, Manitoba, Canada and has been keeping tropical fish for close to 65 years. Other than a fifteen year sojourn into the world of killifish (his online name is ‘notho2000’) he has kept and presently keeps Central and South American cichlids, and currently devotes about one third of his 40 aquarium fish room to Madagascan cichlids and the Etroplus genus from India. Jim has made presentations to over 30 cichlid and generalist aquarium societies throughout the US and Canada over the last three years and recently returned from a two week trip to Berlin and Dresden, Germany where he presented on Madagascan and South American cichlids to the German Cichlid Association (DCG). Future speaking engagements include the International Cichlid Conference in Brisbane, Australia in mid-November, the Nordic Cichlid Association in Upsala Sweden next March, and the ACA Convention in Cromwell, Connecticut, in July.

Over the last 10 years, he has become increasingly captivated by the magical cichlids from Madagascar. They have certainly ‘supercharged’ his passion for the cichlid keeping hobby. Jim has had extensive collecting experience in Mexico, Belize, Cuba, and Brazil as well as the Southern U.S. He maintains a very active YouTube channel with around 680 videos at last count, highlighting the fish he keeps or has kept.  The emphasis is on maintenance and breeding, along with social interactions, both con- and heterospecific. Jim has been a moderator for several on-line forums and several Facebook aquatic interest groups and maintains a Facebook site solely devoted to fish and their conservation. Jim has had articles published in Amazonas and Cichlid News magazines. He is also is an ACA Speaker, as well as a Species Specialist and speaker for the CARES program.  He also has been actively involved in the local Aquarium Society of Winnipeg, where he served for many years as Program Chair, Journal Editor, and President. He is enthusiastically looking forward to spreading the word on Madagascar and its cichlids wherever and whenever he can.