August Online: The Story Behind the GloFish 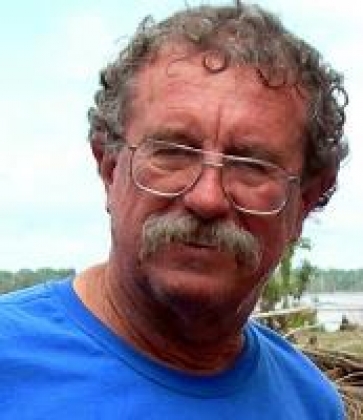 In August our guest speaker will be Bill Shields, a former commercial breeder for 5D tropical fish farm.  Bill was involved in the development and commercial breeding of GloFish.  Hear the behind-the-scene story:  from inserting the 'glo' chromisome to establishing a breeding group and commercially producing them.

After the half-hour presentation, attendees will be able to stay for Q&A with Bill or move to topical breakout rooms for smaller group discussions.


Bill Shields, a lifelong aquarium fish hobbyist who started keeping fish at the ripe old age of six, grew up in South Florida in the 1950's. During his youth, Bill's entrepreneurial streak had him collecting guppies and mollies from the town park's pond and trading them with the local fish store for other fish and supplies. After college and various jobs, Bill finally started working "officially" in the pet trade as a salesman, store manager and then, finally, general manager of three Docktor Pet Centers in the Harrisburg, PA area. During this time, an invitation to attend and join the Susquehanna Aquarium Society in 1974 became his formal introduction into the organized portion of the hobby. Not long after joining, he became Vice-President , President, and then member of the Board of the Directors; later he was named Hobbyist of the Year in 1976. After joining the American Killifish Association (AKA) in 1974, he realized he had jumped to the next level of the hobby.

After a hiatus from the pet trade--during which he was an elephant handler and midwife for 27 Asian elephant births-- Bill's avocation became his vocation. His aquarium fish expertise earned him a position as a professional fish breeder at 5 -D Tropical Inc, an ornamental fish production and import/export facility, in Plant City, Florida where he worked from 1995 until retirement in 2010. Finding no organized fish club in Tampa, FL, Bill's life came full circle as he and eight other fish keepers founded the Tampa Bay Aquarium Society (TBAS; website: tbas1.com ) in 1992. Bill remains active with the TBAS and other hobbyist organizations. He has served on the committees for two national AKA conventions, in 2000 & 2006, as well as the 2009 North American Native Fish Association (NANFA) and the 15th World Guppy Contest 2015 all held in the Tampa area. In addition, Bill manages the annual Aquarium Beautiful Competition for the Florida State Fair. And as a bucket list trip travelled to Iquitos Peru in 2009 with seven of his long time fish friends and returned in 2017 with his fish friend Brian Skidmore to Puerto Maldanado,Peru going with Go Wild Peru.