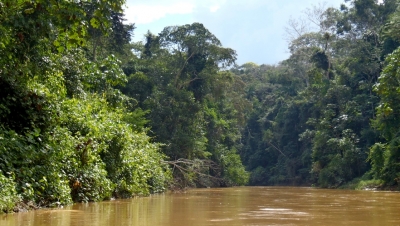 A trip of a lifetime come true for this fish hobbyist. Jeremy Basch shares his trip to the southeast portion of Peru around the city of Puerto Maldonado. Every trip has its ups and downs and half the fun is getting there and getting out alive. This certainly was a trip that I will never forget despite many of the eye opening struggles of living in the jungle for several weeks.

Note: MAS is rescheduling Jaap-Jan deGreef for a later meeting, as his Florida farm was affected by Hurricane Irma.

This continued until 2004 when he setup his first fishroom. Currently Jeremy is on his third modified fishroom design which now contains 100+ aquariums ranging in size from 2.5 to 150 gallons. Over the years, he has bred over 50 species of fish including many cichlids, catfish, rainbows, killifish, livebearers and invertebrates. He was also the first person in the world to have the Jaguar Catfish, Liosomadoras oncinus, spawn and give viable offspring!

Jeremy’s main focus is on the cichlids and catfish from South America and killifish from West Africa. He is a current member and the chairman of the Columbus Area Fish Enthusiasts. Other fish associations he has belonged to include: the Ohio Cichlid Association, the Greater Cincinnati Aquarium Society, the American Killifish Association and the American Cichlid Association. He has written a few articles which have appeared in the Buntbarsche Bulletin, his hometown club, the CAFE Menu and Amazonas. His Amazonas article depicted his first successful breeding of Liosomadoras oncinus, the Jaguar Catfish. Jeremy can be seen at many fish shows and conventions throughout the Midwest and some of the National Shows.

My current presentations include talks on: Auchenipteridae – The Wood Catfish, Geophaganii – The Eartheaters, Loricarridae – South American Sucker Catfish, Collecting the Madre de Dios region of Peru and a talk on his fishroom.