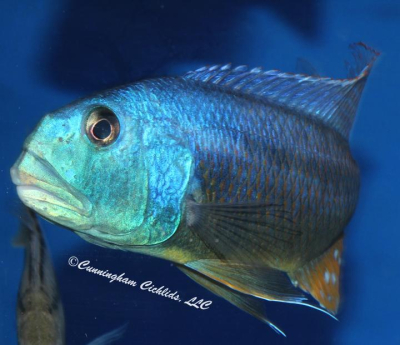 Tips on breeding many different African rift lake cichlids, from 20+ years experience of breeding cichlids from all three rift lakes.  View various species of the rift lakes in various aquarium breeding setups.  This presentation is photo and video driven with a lot of species-focused information.

Josh Cunningham has been keeping and breeding African Cichlids for over 20 years. He started with African Cichlids from Lake Malawi and a couple from Lake Victoria in a 400 sq ft basement. During this time he was mainly breeding four to five different kinds of cichlids and trading the fry back to the pet store for food and filter media.

At some point a decision was made to move to a different area and a bigger house. Once the move was completed he was without cichlids for a couple of years and then acquired a 55 gallon tank. Once the tank was setup and stocked, multiple tank syndrome kicked in again. He then expanded to some different species and kept a few tanks on the main floor of his house. At this point, he decided he wanted a fishroom in the basement. Designs were made and tanks and fish purchased and a 'Fish Alcoholic" was born. Today he has spawned over 200+ kinds of African Cichlids and has achieved Master Breeder status in the Michigan Cichlid Association and Ohio Cichlid Association. He was also named Grand Champion Breeder of the American Cichlid Association in 2015 for most spawns in a year.

Josh is now serving as Vice-Chairman of the American Cichlid Association and President of the Southeastern Michigan Aquarium Society and runs a company called Cunningham Cichlids, LLC which has been in business since 2012.  Cunningham Cichlids specializes in African Cichlids and is now branching off to carry other categories of fish and plants as well as a complete line of quality fish foods.