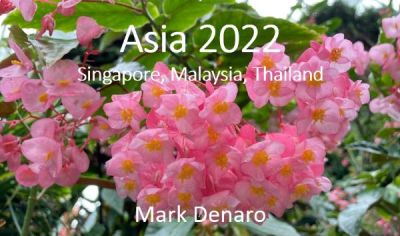 Covers trip to Singapore, Malaysia and Thailand and includes 3 exporters, 3 plant farms, 2 discus farms, a Malawi cichlid farm, a Betta farm, a goldfish farm, the Bangkok fish market, Gardens by the Bay in Singapore, the SEA Aquarium and more 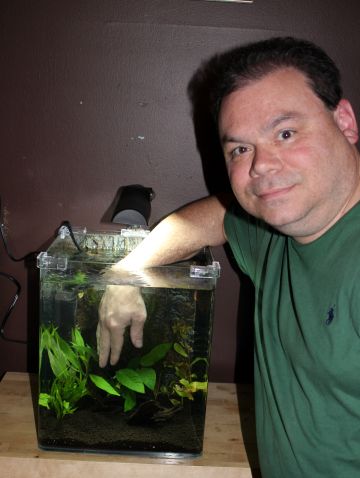 Mark is a coauthor of Adventurous Aquarist Guide to the 101 Best Freshwater Nano Species, published by Microcosm, Ltd. in September of 2014.  He has written articles for several national and international magazines and wrote the recurring column ‘Into the Labyrinth’ for Tropical Fish Hobbyist magazine.  He is currently a contributing editor and writes feature articles for TFH.

Mark has been involved in the organized hobby since 1984.  He is a past president of the International Betta Congress, the Indianapolis Aquarium Society and the Bucks County Aquarium Society.  He is a founding member and the inaugural president of the American Labyrinth Fish Association.  He is a well-known speaker and judge and has lectured to over 50 aquarium societies in more than 20 states, plus Canada and Bermuda, and spoken at numerous regional and national conventions. Mark is sales manager for Emark Tropical Imports, the oldest aquarium fish wholesaler in the US, and the largest transhipper on the east coast.  He also makes videos that he shares on YouTube as All Natural Aquatics.