Bylaws and Election for August 6

I have been in the hobby since I got my first Guppies in the 6th grade from a science teacher who passed out fish for A's. I've worked in fish stores since college, and owned and operated TerreQuatics starting in 2007 until we closed the store in 2015. Since then we have filled our basement with fish tanks and have kept everything from shrimp to monster fish like polypterus and giant saw side catfish.

I've been in the club since I got to MN in 2007, and went to my first show. Since then I have tried to help out with every show and auction that I've been to, and that led me to joining the show committee, and heading up the schooling schools program as well as taking over the t-shirt coordination after Jenny., which eventually led to me becoming a board member. I have been on the BOD off and on ever since. I served as President two years ago, and served as Vice President this past term.

This past year I was the co-chair for the Expo committee, and was responsible for coordinating all of the speakers and topics. If we had been able to have an Expo this year, I feel confident that it would have continued the vision and success of the first Expo. When we are able to have an Expo again, I have a plan to introduce a competition section to the Expo that will appeal to everyone who misses that aspect from the old MAS shows, and those who just want to show off their awesome fish!

I'm running for the BOD, because I love the club, and I love all of it's members. It is so nice to be a part of a group where ALL of the members are so passionate and so knowledgeable about this hobby that we all share. As a BOD member, I want us to continue to give you the great programs and speakers that you already love, and strive to keep improving on those, as well as developing new activities and ideas. 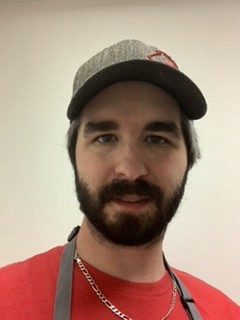 I’ve been an active MAS member for 30 years and was the first to earn the lifetime membership.  MAS has made me a better aquarist, and fellow members have raised the bar of my expectations within this hobby.

I focused the theme and agenda of the 2019 Expo as “We can help you be more successful.” Since I stepped back from the board, I see so much more that we can do to follow-up.  So I seek to return to the Board to advocate that we refocus on members and pick up where the 2019 Expo left off.

I will continue my work with the BAP program and the website.  Using a position on the Board, I intend to advocate for and work toward:

The direction of MAS will benefit from those with vision, time to follow-through, and an urge for professionalism.  That is why I’m running.