Breeding and Care of Loricariid Species 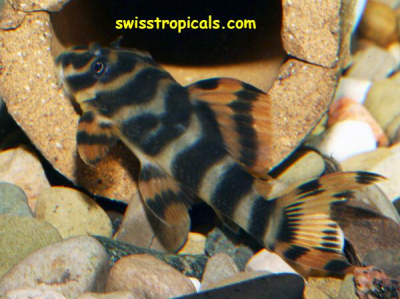 Beginning in the late 70’s, many new Loricariidae species began to be collected from the Amazon and exported into the hobby.  To manage the huge influx of new - and often unnamed - species, the German DATZ magazine (The Aquarium and Terrarium Magazine) began to issue L- (Loricariid) numbers to keep track of the new introductions before they can be described and named.

At first, just keeping these new plecostomuses alive was a challenge, much less trying to breed them.  Over time, much has been learned about their cultural and dietary requirements.  The presentation will discuss key parameters for both and how a study of their native environments led to many of these findings.

Stephan Tanner is most widely known as the publisher of Amazonas, the premier magazine of the freshwater aquarium hobby.  He had worked as a contributor and editor for 5 years prior and purchased it, in conjunction with Matt Pedersen, when Reef to Rainforest Media decided to sell.  Twelve years prior, Stephan established Swiss Tropicals, LLC, to import Poret® aquarium foam for resale.  Swiss Tropicals now feature a full line of aquarium products and Stephan exhibits at all major aquarium shows.

Stephan maintains ~60 aquariums in his Rochester, MN fish room.  His website, www.swisstropicals.com, provides detailed directions on how to set up a fully automated fish room.  He has kept fish since the age of 14 and worked at a pet store during his college years in Switzerland.  Since his undergraduate years, Stephan has participated in fish activities all around the world and have introduced many new species into the US hobby.  Many of the L-number plecos sold on Aquabid today acknowledges Stephan as the first US breeder to make them available to the hobby.

Stephan is a scientist by training.  He has a Bachelor’s Degree in Ecology and Molecular Biology, and a Ph.D. in Human Molecular Genetics from the University of Bern.  Afterwards, he moved to Columbus, OH for a post-doctoral research fellowship in cancer research at the Ohio State University.   Stephan has an extensive cv, with ~50 refereed publications.