Planning and Installation of a 5000 Gallon Koi Pond 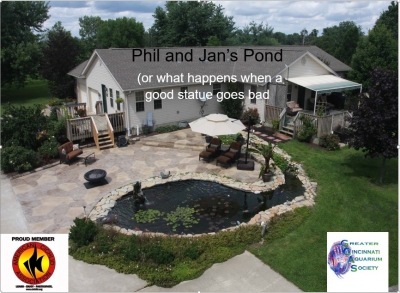 Phil walks you through the planning and installation of a 5000 gallon koi pond in Cincinnati Ohio from start to finish.  (Well is it ever really finished??) 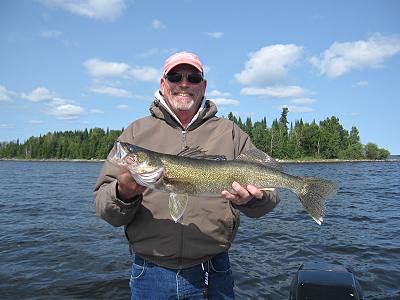 Phil has been keeping fish for almost his entire life. He was breeding angelfish in the mid 1960's back when angelfish were silver, black, or black lace. At the age of 13, Phil went to work at a local pet shop. In college, Phil kept fish in his dorm room.

In 1980, Phil’s company moved him to Dallas, Texas, where he and Jan became founding members of the Dallas Aquarium Association.  Phil served as Vice-President and President before being transferred back to Chicago where he built his first fishroom of about 30 aquariums.

Another move in 1993 took the Benes family, fish and all, to suburban Detroit, where both Phil and Jan became involved in several fish clubs, as well as board members and officers of the Michigan Cichlid Association.  Of course, this also meant the opportunity for another fish room, with an increase to about 70 aquariums. Phil was the convention chair for the 1999 ACA convention hosted by the Michigan Cichlid Association.

After the convention, Phil and Jan moved to the Cincinnati, Ohio, area and joined the Greater Cincinnati Aquarium Society, where Phil has held officer positions and is auction chairman.  In 2003 and 2009, GCAS hosted the ACA convention, with Phil again as Convention Chair.

Phil is a former member of the Board of Trustees of the American Cichlid Association as well as a Fellow of that organization. He also served as ACA Board Chair between the years of 2002 and 2011 and is currently the Convention Liaison for that organization.  In his professional life he is a degreed Chemist (University of Illinois) and heads up the R&D group of a Cincinnati based chemical company.

Phil currently maintains over 100 aquariums and focuses mainly on cichlids, catfish, and rainbowfish, although one can find the occasional livebearer or characin in his fish room.